The Deception Of The Image Of Christ!! 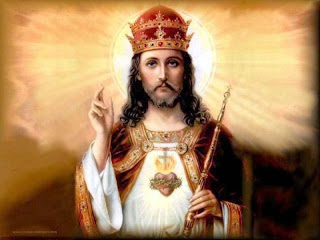 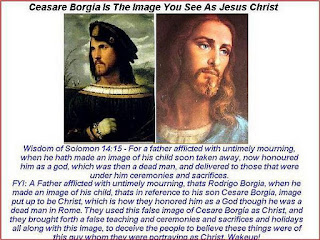 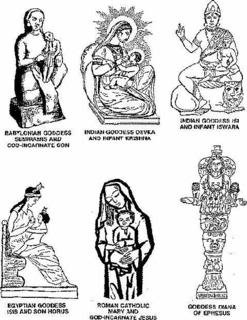 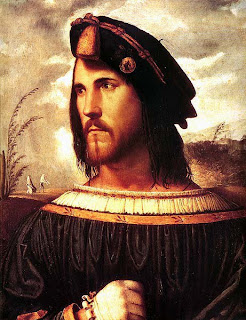 This is where the white image of Christ along with the false name "Jesus" comes from, Cesare Borgias, you can find proof on this in the Apocrypha, the book the Catholic Church took out the original King James 1611 Holy Bible to hide that they would do these things, here's your proof....


Wis 14:8 But that which is made with hands is cursed, as well it, as he that made it: he, because he made it; and it, because, being corruptible, it was called god.

Wis 14:9 For the ungodly and his ungodliness are both alike hateful unto God.

Wis 14:10 For that which is made shall be punished together with him that made it.

Wis 14:11 Therefore even upon the idols of the Gentiles shall there be a visitation: because in the creature of God they are become an abomination, and stumblingblocks to the souls of men, and a snare to the feet of the unwise.

Wis 14:12 For the devising of idols was the beginning of spiritual fornication, and the invention of them the corruption of life.

Wis 14:13 For neither were they from the beginning, neither shall they be for ever.

Wis 14:14 For by the vain glory of men they entered into the world, and therefore shall they come shortly to an end.

Wis 14:15 For a father afflicted with untimely mourning, when he hath made an image of his child soon taken away, now honoured him as a god, which was then a dead man, and delivered to those that were under him ceremonies and sacrifices.

Wis 14:16 Thus in process of time an ungodly custom grown strong was kept as a law, and graven images were worshipped by the commandments of kings.


Wis 14:17 Whom men could not honour in presence, because they dwelt far off, they took the counterfeit of his visage from far, and made an express image of a king whom they honoured, to the end that by this their forwardness they might flatter him that was absent, as if he were present.

Wis 14:18 Also the singular diligence of the artificer did help to set forward the ignorant to more superstition.

Wis 14:19 For he, peradventure willing to please one in authority, forced all his skill to make the resemblance of the best fashion.

Wis 14:20 And so the multitude, allured by the grace of the work, took him now for a god, which a little before was but honoured.

Wis 14:21 And this was an occasion to deceive the world: for men, serving either calamity or tyranny, did ascribe unto stones and stocks the incommunicable name.


Rev 1:14 His head and his hairs were white like wool, as white as snow; and his eyes were as a flame of fire;

Rev 1:15 And his feet like unto fine brass, as if they burned in a furnace; and his voice as the sound of many waters
Posted by GOCC.UK at 10:37