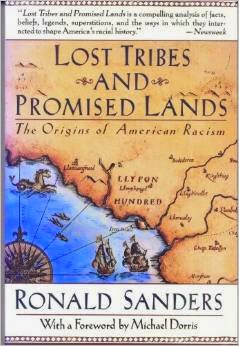 All pages are available on download! Not sure as to why all pages do not show up on this PDF viewer.

A Striking element in Columbus's geographical religiosity is his intense and abiding interest in the second book of Esdras. (Which can be found in a King James 1611 Bible or The normal King James Apocrypha)

Page 97 - Christopher Columbus knew the earth was a sphere and he set out on an evil course to retrieve the slaves that disappeared out of the scriptures from 2 Kings 17.

Further evidence can be picked up on page 14 which shows they had prior knowledge of there being a hidden land which was not discovered yet.

Page 364 Shows that the real Hebrews were the Native people of the Americas before the Spanish arrived with Columbus and they spoke Hebrew.

They taught us in schools that Christopher Columbus found America on accident that he thought he was heading to India but he never he knew what he was doing and where he was heading.

He had a plan and an agenda to go and retrieve the Most High's people that were dwelling in the land which proves that the scriptures were true.

It even makes reference to this in the Jewish Encycopledia under "Arzareth" they lead us to believe that America fell out of the sky and was just  miraculously discovered when that was not the case and the only book to ever speak of that landmass was the Bible.

He knew this because this is the same time that we were in Africa and they eventually came for us too, but he was reading the scriptures and he was trying to work out what happened to the Jews that disappeared out of the land of Assyria where did they go?

So we can see here that the children of Israel were carried away into Assyria!

2Ki 17:17  And they caused their sons and their daughters to pass through the fire, and used divination and enchantments, and sold themselves to do evil in the sight of the LORD, to provoke him to anger.

So they were sacrificing their children to angels and demons, this is something the Most High does not even deal with.

2Ki 17:18  Therefore the LORD was very angry with Israel, and removed them out of his sight: there was none left but the tribe of Judah only.

The Most High then removed us out of his sight and his sight is on his holy land in Jerusalem, the only tribe that was left was Judah!

2Ki 17:19  Also Judah kept not the commandments of the LORD their God, but walked in the statutes of Israel which they made.

So eventually Judah did the samething that the northern kingdom was dealing with.

2 Esdras 13:39 And whereas thou sawest that he gathered another peaceable multitude unto him;

2 Esdras 13:40 Those are the ten tribes, which were carried away prisoners out of their own land in the time of Osea the king, whom Salmanasar the king of Assyria led away captive, and he carried them over the waters, and so came they into another land.

2 Esdras 13:41 But they took this counsel among themselves, that they would leave the multitude of the heathen,

So we can see that the ten tribes had left the multitude of the heathen, which are the other nations. In this case what nation had over taken them the Assyrians or what you would know to be today is modern day Syria.

So they took it upon themself to leave the multitude of the heathen and what?

2 Esdras 13:41 and go forth into a further country, where never mankind dwelt,

2 Esdras 13:42 That they might there keep their statutes, which they never kept in their own land.

They were going to attempt to leave the fallen angel practises they were dealing with in the old world and try and keep the commandments properly in the new world.

2 Esdras 13:43 And they entered into Euphrates by the narrow places of the river.

2 Esdras 13:44 For the most High then shewed signs for them, and held still the flood, till they were passed over.

2 Esdras 13:45 For through that country there was a great way to go, namely, of a year and a half: and the same region is called Arsareth.

This is how the northern kingdom got into Arsareth which is the new world what you know today as being America!


He found these things out and showed it to the Spanish queen who in turn supplied him with an army with ships to sail across, they landed in Espanola which is modern day Dominican Republic!

They took us down in 1492 and forced on us the beliefs that we now know today as being tradition!

2Ma 6:6  Neither was it lawfull for a man to keepe Sabbath dayes, or ancient Feasts, or to professe himselfe at all to be a Iewe.

2Ma 6:7  And in the day of the kings birth, euery moneth they were brought by bitter constraint to eate of the sacrifices; and when the Feast of Bacchus was kept, the Iewes were compelled to goe in procession to Bacchus, carying Iuie.

2Ma 6:8  Moreouer there went out a decree to the neighbour cities of the heathen, by the suggestion of Ptolomee, against the Iewes, that they should obserue the same fashions, and be partakers of their sacrifices.


While we were under the Greeks they put out a law that we had to follow them and observe their fashions and be partakers in their sacrifices.

2Ma 6:9  And whoso would not conforme themselues to the maners of the Gentiles, should be put to death: then might a man hane seene the present misery.

So if you did not become a Greek or practise what they dealt with that is what it means by conform to them, then we would be put to death.


Deu 28:48  Therefore shalt thou serve thine enemies which the LORD shall send against thee, in hunger, and in thirst, and in nakedness, and in want of all things: and he shall put a yoke of iron upon thy neck, until he have destroyed thee.
Deu 28:49  The LORD shall bring a nation against thee from far, from the end of the earth, as swift as the eagle flieth; a nation whose tongue thou shalt not understand;
Deu 28:50  A nation of fierce countenance, which shall not regard the person of the old, nor shew favour to the young:

They did not show no mercy on our elderly neither did they show mercy on our young they slaughtered us by the millions!


We came to them in hunger and in thirst we did not know they were going to do these things to us, we came to them out of the spirit of brotherhood and they just wanted war.

Psa 55:21  The words of his mouth were smoother than butter, but war was in his heart: his words were softer than oil, yet were they drawn swords.

This is exactly what they were doing and they are not trying to hide it, they know that they are rewarded in this life for that because they do not believe what they are doing is going to end.

Isa 3:9  The shew of their countenance doth witness against them; and they declare their sin as Sodom, they hide it not. Woe unto their soul! for they have rewarded evil unto themselves.


Psa 50:16  But unto the wicked God saith, What hast thou to do to declare my statutes, or that thou shouldest take my covenant in thy mouth?
Psa 50:17  Seeing thou hatest instruction, and castest my words behind thee.

They do this because they do not want to listen to the Most High they want to build what they have off of bloodshed because they were not given anything.


Psa 50:20  Thou sittest and speakest against thy brother; thou slanderest thine own mother's son.
Psa 50:21  These things hast thou done, and I kept silence; thou thoughtest that I was altogether such an one as thyself: but I will reprove thee, and set them in order before thine eyes.

He is going to set them straight when he comes for all the lies they have told, there is no documented fact or history in history to prove that these Jews ever had yolks of Iron around their necks.

Or of them being made to serve their enemies in any unknown land in want of anything!

The only so called history they have is that they went into concentration camps other then that nothing happened if that even did happen.

Deu 28:46  And they shall be upon thee for a sign and for a wonder, and upon thy seed for ever.

We can see what type of wonder this is!

Deu 28:47  Because thou servedst not the LORD thy God with joyfulness, and with gladness of heart, for the abundance of all things;

Because we did not serve the Most High with gladness after he gave us everything this is what he did!

Deu 28:48  Therefore shalt thou serve thine enemies which the LORD shall send against thee, in hunger, and in thirst, and in nakedness, and in want of all things: and he shall put a yoke of iron upon thy neck, until he have destroyed thee.

They did this until we were destroyed this is not talking about physical destruction even though they are trying it but think about it logically, the yolks of Iron is off now because we are destroyed no one remembers that they are Israel so we are destroyed!


Deu 28:49  The LORD shall bring a nation against thee from far, from the end of the earth, as swift as the eagle flieth; a nation whose tongue thou shalt not understand;


When we were in the America's they came from the other side of the world to come and take us down as swift as the eagle flieth because that is the symbol they bare.

How do we know were destroyed because imagine you have a dog you keep a leash on the dog until it learns to be controlled then you take it off and now it will listen because you have broken it.

That is what they did with us, they broke us to the point we can stand in a room with our own people and we speak the same language have the same background but our knowledge is we come from all over the place.

Then we look at eachother with hate, programmed to think we should hate our brothers because they come from a different postcode.

They made sure what ever we had they took!
Posted by GOCC.UK at 18:05