3 ways the Church has failed us 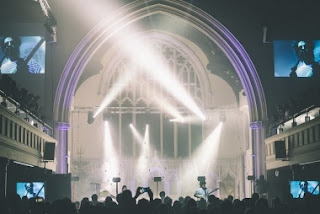 Are the numbers of churchgoers in this country growing or shrinking? I don't know, and I'm sure someone somewhere has the survey results, but when I think about the growth and/or decline of the Church, I think about it on a more personal level.

Christianity was given to me, and I've given it back once or twice. I've had my questions, conflicts and crises of faith but somehow I've managed to hang in there. On the other hand, I've had a lot of friends turn their back on the faith they grew up with or discovered in their adolescence. This has led to conversations at length with them, as well as other Christians, trying to work out why them and not me?


Each person has their reasons that lead to disillusionment, and they're often nuanced and complex. However, I've found that there are a number of themes that come with these reasons and the accompanying stories, and there are three in particular that keep reoccurring:

1. The shunning of critical thought

Throughout history, Christianity has been blessed to have some great thinkers in its ranks. From Søren Kierkegaard to CS Lewis, it's been proven that critical thought and spiritual faith can be complementary bedfellows. But when it comes to a lot of modern churches, you'd be forgiven for thinking that 'ignorance is bliss' was the eleventh commandment.

There are too many churches where any curious challenge or genuine question about Scripture, teaching or Christian tradition is seen almost as a direct attack on church leadership or even faith itself. I have friends who have been branded as spiritually rebellious for interrogating something they've been told rather than silently accepting it without question.

Evaluating arguments, examining rhetoric and intellectual investigation is not the antithesis of our faith – it's actually an important principle. The Apostle John tells the early Church to "test the spirits", while Paul commands Timothy to "study to show yourself approved". The truth is not so fragile that it needs to be shielded from enquiring minds. If we believe something to be true, it should stand up to a bit of scrutiny.

2. Not challenging the culture

Once upon a time Christianity was institution-challenging; it rattled the establishment and changed the course of history. Now the Church is the institution, and seems preoccupied with maintaining its position in a shifting society rather than seriously challenging itself or anyone else.

Historically the Church has been guilty of pandering to power in order to maintain its position on the totem pole, and these days it seems that a general complacency renders it blind to its privilege and slow to take charge in changing its culture, and the culture it exists within, for the better.

While we are happy to piously pick up the pieces of a broken society, we shy away from fighting the structures that create it. We talk about renewing our minds but practice silent conformity. At the very best, this exposes the Church to be clueless, out of touch and ineffective. At the worst, it reveals the Church to be steeped in hypocrisy and complacency. Either way, the gospel we proclaim rings hollow.

3. Selling dreams instead of equipping for reality

The first obvious incarnation of this is the prevalence of churches that are essentially centres for motivational speech, with life coach rhetoric repackaged appropriately. The sermons sound like a life hack article and any failure in achieving your desired outcome is really a reflection of your poor faith (no exchanges or refunds).

But there are also the churches that are ideologically the polar opposite, where you are led to disengage completely by holding on to the hope of heaven or Jesus' return and ignoring the chaos that surrounds you. Any concern that does not relate to "spiritual matters" is deemed a carnal distraction, and something to be swept aside, repented of or just prayed away.

Both of these approaches rely on simplistic answers to issues of life, and their single vision lenses aren't realistic ways to view the world or faith. Both attitudes turn the gaze selfishly inward and away from dealing with the delicate mess of other people as well as ourselves, while also setting up the individual to experience heart-breaking disappointment in one form or another.

Presence of one or more of these misconceptions undermines the power of personal faith for the individual, if that faith survives at all. While our hope is always meant to be in Jesus and not the institution, it is through the Church that we get our impressions of God – whether from the pulpit or through interaction with those who claim to be his people. That is why disillusionment is not simply a problem to be tackled by the struggling individual, but a pressing concern for the Church body, and its leadership.
Posted by GOCC.UK at 00:15 No comments:

You have to watch this with the imagination of eating fish, you will have to spit out some of the bones and take from it what you can.
As he is trying to piece together certain bits of information for those that know history and biblical history you can decipher when he starts to go off.
But not to throw the baby out with the bath water, it is still a very good critical analysis.
#food #for #thought
Posted by GOCC.UK at 00:13 No comments:

PAGAN ORIGINS of CHRISTMAS: Part One

It was the Roman Catholic church that fixed the date of December 25th in order to maintain the pagan festivals / traditions of Saturnalia, Sol Invictus, Yule...

Jeremiah 10:2
Thus saith the LORD, Learn not the way of the heathen,

The Catholic, Ecumenical "Holy Day" Holiday of Christmas (Christ's Mass) is highly esteemed among the lost world and pagans.

God is a Spirit: and they that worship him must worship him in spirit and in truth. John 4:24
Posted by GOCC.UK at 23:31 2 comments:

Krampus is a beast-like creature from the folklore of Alpine countries thought to punish children during the Christmas season who had misbehaved, in contrast with Saint Nicholas, who rewards well-behaved ones with gifts. Krampus is said to capture particularly naughty children in his sack and carry them away to his lair.

Krampus is represented as a beast-like creature, generally demonic in appearance. The creature has roots in Germanic folklore. Traditionally young men dress up as the Krampus in Austria, Romania, southern Bavaria, South Tyrol, northern Friuli, Czech Republic, Slovakia, Hungary, Slovenia and Croatia during the first week of December, particularly on the evening of 5 December (the eve of Saint Nicholas Day on many church calendars), and roam the streets frightening children with rusty chains and bells. Krampus is featured on holiday greeting cards called Krampuskarten. There are many names for Krampus, as well as many regional variations in portrayal and celebration.

Krampus at Morzger Pass in Salzburg

The history of the Krampus figure has been theorized as stretching back to pre-Christian traditions. In a brief article discussing the figure, published in 1958, Maurice Bruce wrote:

There seems to be little doubt as to his true identity for, in no other form is the full regalia of the Horned God of the Witches so well preserved. The birch—apart from its phallic significance—may have a connection with the initiation rites of certain witch-covens; rites which entailed binding and scourging as a form of mock-death. The chains could have been introduced in a Christian attempt to 'bind the Devil' but again they could be a remnant of pagan initiation rites.

Discussing his observations while in Irdning, a small town in Styria in 1975, anthropologist John J. Honigmann wrote that:

The Saint Nicholas festival we are describing incorporates cultural elements widely distributed in Europe, in some cases going back to pre-Christian times. Nicholas himself became popular in Germany around the eleventh century. The feast dedicated to this patron of children is only one winter occasion in which children are the objects of special attention, others being Martinmas, the feast of the Holy Innocents, and New Year's Day. Masked devils acting boisterously and making nuisances of themselves are known in Germany since at least the sixteenth century while animal masked devils combining dreadful-comic (schauriglustig) antics appeared in Medieval church plays. A large literature, much of it by European folklorists, bears on these subjects. ... Austrians in the community we studied are quite aware of "heathen" elements being blended with Christian elements in the Saint Nicholas customs and in other traditional winter ceremonies. They believe Krampus derives from a pagan supernatural who was assimilated to the Christian devil.
Posted by GOCC.UK at 23:26 No comments:

THE MAGIC OF MASS SHOOTINGS AND THE HEGELIAN DIALECTIC